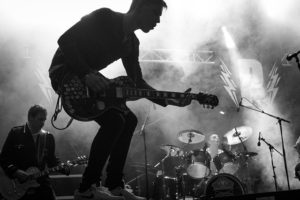 Song 10: Carry On My Wayward Son

The artist of this song is Kansas and it came out in 1976. The great thing about this song is it has a lot of repeating chords. While it will take some time to remember the order of the notes, having repeating chords is helpful because you don’t have to move your fingers constantly all over the place. In addition, it’s a little bit of a slower paced song so you don’t have to rush through. You can take your time and enjoy listening to yourself play the song.

This song came out in 1980 and is sang by Ozzy Osbourne. This song is one that’s going to be a little more difficult to learn. Not only does it incorporate several chords, but it’s also very fast paced. You need to be able to have the finger strength and speed to master this one. In addition, there’s a very real chance that you’re going to have sore and possibly bleeding fingers while learning. 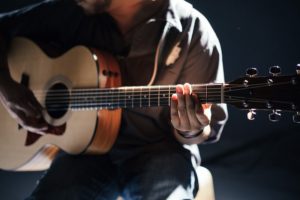 Sang by Van Halen, this song came out in 1984. While this song has many reoccurring chords, it’s a little difficult to master because it’s very fast paced. You don’t have to move your hand too fast but you have to hit those reoccurring chords and, after time, that can really make your hand tired. That could lead to cramping and soreness. Make sure you take breaks in between practicing this song so you won’t overwork your hands and end up possibly injuring yourself.

This is a well-known song by AC/DC that came out in 1990. The great thing about this song is that it’s mostly played on the B string. As you should know by now, this is the second string on the guitar and the first note you want to hit for this song is the 12th fret. In addition to being played mostly on the B string, a lot of the notes are reoccurring so it’s a great song to learn and shouldn’t be too extremely hard to master! 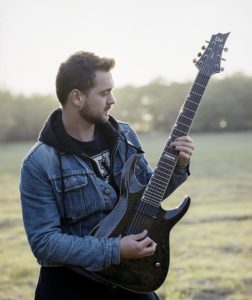 Oasis sings this song and it first came out in 1995. Wonderwall is one of those songs that is right in the middle of the spectrum. It isn’t overly hard but it also isn’t easy either. The good thing about playing this is that there are a lot of chords that reoccur and that makes it a little easier than some of the other songs on this list. In addition, not having to hit multiple different chords really helps reduce hand soreness, tiredness, and cramping.

This song goes all the way back to 1971 and is sang by the extremely well-known band Led Zeppelin. In all honesty, this might be the easiest song to master on this entire list. It isn’t super fast paced and a lot of the chords are the same. This means you don’t have to worry about needing to move your hands super fast and all over your electric guitar. This song is one that is perfect for those that know how to play a few easy songs but want to move onto something a little more advanced. 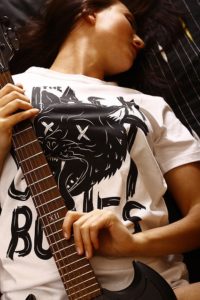 Song 4: Wish You Were Here

Released in 1975, this hit is sung by Pink Floyd. This is another one of the easiest songs on the list. The main reason for this is because it basically has the same chords being played over and over. The only difference is that they are in different orders at different parts of the song. This is great because you can practice for longer periods without having to worry about your hands cramping up or your fingers getting all bloody. In addition, playing the same chords is much easier to memorize and master.

This well known Scorpions song came out in 1984. This song is a great one for those that want to master a more advanced song and be able to really rock out. The reason is that it’s very fast paced and there are several chords that you have to master. Not only that, but the chords are all over the place so you need to be able to move your hands quickly and hit every note right on. This is one of those songs that one mistake can throw the entire song off. 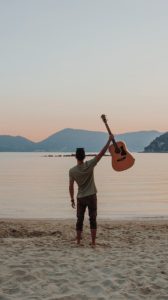 Guns N’ Roses is one of the most well-known bands and they released this song in 1987. This song is very fast paced and a little bit on the complicated side. There are several different chords and you have to be quick and have that finger strength to hit every note correctly.

Song 1: We’re Not Gonna Take It

Most people know this song and the band that sang it, Twisted Sister. It was released in 1984. This song is one of the more complicated on the list. While it’s mostly played on D, A, and E, it’s very fast paced and more of a hard song. You have to have fast and strong fingers to master it!

Being able to play these songs is a huge accomplishment and you should feel extremely proud if you can learn them. Since they are a little more complicated than some other songs, it takes great determination and skill to be able to play them flawlessly. Remember, it’s perfectly fine to make mistakes. Even if you have the best electric guitar, it’s still going to be practice that makes your playing perfect! 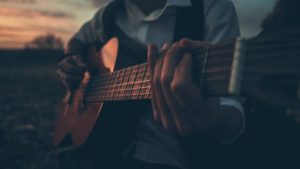