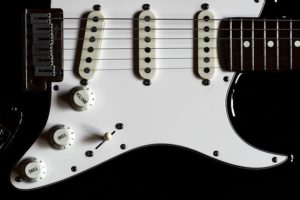 The age-old debate between the giant guitar brands of Gibson & Fender has been apart of music as long as the brands have been around. In fact, the argument of which brand makes the better electric guitar has become so intertwined with guitarists that almost everyone is compelled to separate themselves and choose a side. Having to choose and defend one brand over the other is comical in a way but it really is unavoidable in the guitar world.

However, the question becomes why there is a need to create separation between the two brands and put one over the other? As it turns out, there is a really good reason to differentiate the two guitar brands as each of them have their own unique taste in making electric guitars. In most cases, choosing a brand comes down to personal preference and guitar playing style. Nonetheless, there are many different factors that play into determining which brand is the true electric guitar making king. 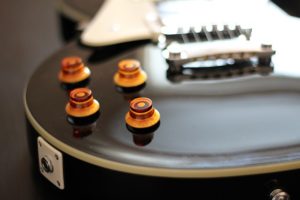 Before getting specific on this classic argument, there needs to be a set of guidelines by which to think when discussing this argument. For one, it is important to realize that both guitar brands should have no type of preference over any other guitar brand such as Shecter, Music Man, Washburn, D’Addario, you name it. The Gibson vs Fender debate created itself and is one of the only reasons why these two brands are being talked about in this article. Number two, it is very critical to not be biased when choosing which brand makes the best electric guitar. It simply is not fair to give one brand preference over the other just because you have played one brand before and not the other. To fully understand each brand and determine which brand is king when it comes to making guitars, it is important to keep an open mind. 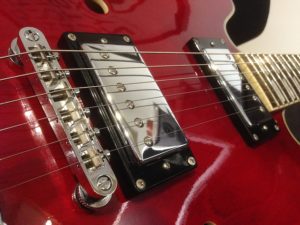 Now that we have some ground rules by which to understand the Gibson vs Fender debate, we can now get into some of the many factors that play a part in settling which brand makes the best electric guitars. To start, one of those factors that differentiate the two is the modulation and the lumber used to create these beautiful guitars.

When it comes to Gibson guitars, most of their guitars are made of amber wood, also known as Mahagonny wood. What this allows Gibson to do with their guitars is to create sounds using only tropical and natural wood. This, in turn, allows for a unique and rich sound to be created through both acoustic and electric guitars. It goes without saying that the exclusive well-rounded and soft tone sound that results from playing a good electric Gibson guitar is special indeed. Add in the fact that Gibson mixes and matches its guitars with maple wood along with Mahogonny and you really start to see how special Gibson has become over the years. Also, it is one of the reasons why Gibson lovers prefer the Gibson guitar brand over Fender. It is worth mentioning that Gibson is not the only guitar brand that utilizes the type of wood that it uses, Fender does as well, it just happens to be that Gibson has managed to create a particular type of sound style that they get all the credit for. 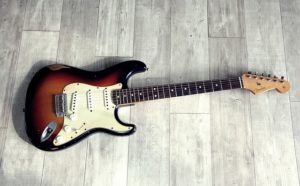 As for Fender and their preference for lumber, the Fender guitar brand prefers Alder to make their guitars. Much like Gibson, Fender has created their own unique sound with their wood choice for making guitars. In fact, that sound is appropriately titled the “Fender sound” known by guitarists around the world. The choice for Alder wood for making guitars has allowed fender to create this type of vintage sound only associated with the Fender brand. Also just like Gibson and their unique sound, Fender’s tonality and sound created in their guitars is perhaps the main reason why Fender lovers prefer the brand over other guitar brand competitors. 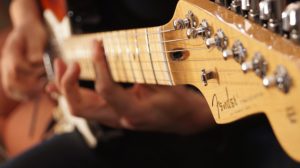 Other than wood type, the other major distinction that separates the two brands is guitar pickups that are used. For those who do not pick up on this difference, no pun intended, you would be surprised the major difference created by using different guitar pickups. As for the Fender guitar brand, they utilize guitar pickups that offer hard-knock, compelling, and just powerful sounds when played. Specifically speaking, Fender uses a single coil guitar pickup and very effectively, to say the least. Gibson, on the other hand, uses a type of guitar pickup called humbuckers. In fact, the Gibson guitar brand is well-known for using humbuckers to create their sound in electric guitars. This type of pickup on their guitars by Gibson allows them to be different from its competitors not just in terms of sound, but also look and style as well. By utilizing humbuckers in their guitars, Gibson makes it easy for its guitar users to manipulate tone and sound much better than other competitors. This is another reason out of many that Gibson users prefer the brand over Fender. 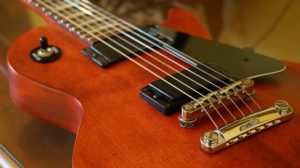 Now, it goes without saying that there is a laundry list of factors that play into determining which guitar brand gets the label as kings of making electric guitars. It just so happens to be that the type of wood used and also pickups used are some of the more obvious differences between the two brands. There simply is no getting around the fact that these two factors are the only factors that determine which brand is king, however, we would be here forever if we were to sit down and list everything that makes Fender and Gibson unique as guitar brands. The reality of the situation is that no one can go wrong with choosing either of these guitar brands. These two brands have separated themselves perhaps more than other brands which is why we are debating the two brands today. With that said, personal preference will ultimately determine which brand is the king of making electric guitars and guitars in general. If you’re still having trouble deciding, why not check out our guide to choosing the best electric guitar: https://www.pickupplug.com/best-electric-guitar/.

Where Can You Find Them?

View the Gibson SG on Amazon

View the Fender Stratocaster on Amazon

View the Fender Telecaster on Amazon