When you are wanting to figure out how to incorporate an audio interface into your studio, you must first know what you will be using the interface for. Are you planning to use it for perhaps podcasts? Maybe you want to record some digital keyboard mixes. Could it be you are an inspired guitarist and want to make some amazing demos to send out to recording agencies or different venues to book gigs?

What your intentions are as a recording artist will determine what type of audio interface you want as well as what connections and accessories to use. A mic is pretty important because the type of mic you want to use may or may not require you to have a phantom power option on your interface, though most come already equipped with this option. Phantom power is simply DC electric power that moves through mic cables and gives certain microphones life. The type of mic that requires phantom power is called a condenser mic. The other type of mic, a dynamic microphone, does not require phantom power in order to properly work. Note also that if you are looking to record solo work, a directional mic is a way to go so that you pick up less background noise as opposed to an omni-directional mic which is perfect for ensembles. That’s simple enough, right? Now for the fun yet more laborious part of actually figuring out what interface to use. 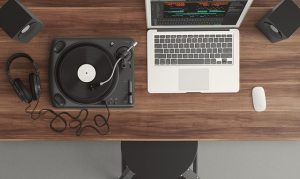 If you’re wanting to get into something like single instrument recordings or perhaps YouTube voiceovers then most likely you will only need one mic input. However, lots of audio interfaces offer at least two inputs, so in most cases, you should be perfectly fine with one of these types. There is some leeway if you get an itch to be more creative and want to add some background music to your voiceovers via recordings from a keyboard for example. You’ll also want to look for something with a mic pre-amp as well as balanced inputs and outputs. Some interface models have this already built in. However, you can buy it as a separate item if that suits your needs. Either way, a pre-amp will cost a little extra, but you want to focus on quality and getting that awesome sound you’re looking for. When searching for the best yet most cost-conscious interface, these are some important things to keep in mind. As you grow musically and wish to expand your studio, you can easily add more equipment. Oh, by the way, remember that some retailers will also sell interfaces in packages that come with a mic and other accessories so you may be able to save some cash that way. Check out our page dedicated to reviewing the best audio interfaces for some ideas on what to buy: https://www.pickupplug.com/best-audio-interface/.

Interfaces needed for a jazz band are different than what one would need for solo work. They would need an interface that offered several inputs. You would probably want to mic multiple instruments at once so you can keep each individual voice separate and later go back after recording and adjust the voices with a mixer or software program so you can balance the ensemble sound to your liking. If your ultimate goal is to run a mixer to balance instrumentation levels, be careful to check out how many outputs it offers. Most mixers will give you loads of inputs, but some are sneaky and only offer one output. That may put you in quite a predicament. 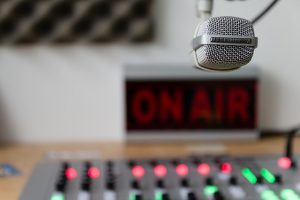 Now then, we’ve discussed what to consider when purchasing a mic and interface. We should probably talk about computer software programs many producers use to change sounds, create remixes, add voiceovers and make other alterations to their recording creations. The software is pretty important when it comes to making your recordings unique. Some software comes with pre-recorded audio files which could be very useful to you. A quick Google search offers a ton of different recording software selections. You can purchase this software, according to our search, from about five bucks to several thousands of dollars. Sometimes, you can find software bundled with an audio interface and other equipment, which again may save you some moola.

Inputs/Outputs… what puts?! If you’re like most people, you may be scratching your head at this point. Afterall, we’ve gone over so much information and relatively quickly and did not take much time to clarify what all this input/output business is all about. Wiki explains input/output very simply with a computer analogy. Think of your computer mouse and keyboards as inputs to the computer. These items are putting information into your system, communicating with it and telling it what to do. Your monitor and speakers, on the other hand, would be considered outputs since they are sending out information the inputs are transmitting in. The same concept applies to an audio interface. We could get extremely technical with this, and you would probably nod off so let’s keep this simple. We have a mic that connects to an interface which is in turn connected to our PC. The mic is the input as we are speaking in to it and in turn is transmitting that sound to the interface which does a little bit of translating for us before sending that information to the computer which then shoots the information to our software program where we can see lines that jump up and down on the monitor with each flicker of our voice. That’s the output. 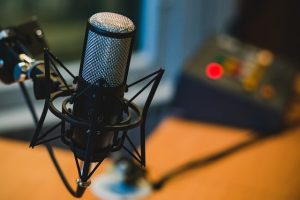 Now that you know what all there is to consider when wanting to implement and use an audio interface in your studio, and you have an idea of what type of mic and software you might want to get, the only thing left to do is shop and introduce your new gear to your studio. Connect everything being careful the inputs and outputs are properly placed. Then it’s time to do some experimenting. Get to know your equipment. Record some samples and play with the settings in your software. You will become a pro in no time!