Any modern laptop, computer or tablet can make a basic recording because the sound card has been built in. A higher quality microphone can improve the quality of the sound. This is especially true regarding tablets and phones. An audio interface along with a good sound card provides the musician with the ability to make professional recordings. There are additional components containing an audio interface such as a USB microphone.

A sound card is similar to an audio interface. They are both capable of bringing the sound out of a computer for processing and editing. The difference is an audio interface is able to provide a higher quality sound. Since it is used on the outside of the computer it does not require much in the way of installation like a sound card. The vast majority of home recording studios are equipped with an audio interface.

The main purpose of audio interfaces is to provide professional quality sound, the easier accessibility and a much larger range of input types. Inputs like the XLR microphone and jack guitar can connect to professional recording equipment. These inputs are not available with a sound card and cannot connect to the equipment. A lot of onboard sound cards do have good sound. Despite this, the sound quality from an audio interface is much better. 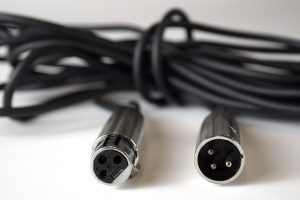 Connecting an audio interface to a computer is not difficult provided there is either a USB port or UBS adapter available. USB audio interfaces are common on modern computers. For individuals interested in an audio interface with more speed, there are the Firewire and the Thunderbolt. These units are more expensive and do require the correct port. As home recording studios become more common the popularity of audio interfaces is growing.

The best audio interface depends on the specific needs of the musician and the most frequent recording situations. Check out our audio interface reviews to help get started on the right track. A standard audio interface will work well for songwriters, singers, and guitar players. The two outputs, two mic inputs, and stereo outputs are more than sufficient. The musician can record guitar and vocals using two separate tracks. One mic input generally works for a podcaster although two are recommended for interviews. It is convenient when both parties have their own microphone.

Additional inputs are usually required by a band. This enables the band to use a separate track for recording each instrument. It is possible to use a mixer to record the main outs but this will prohibit being able to edit the individual singers and songs. A DJ will require a minimum of four mono or two stereo outputs. The configuration is critical for a DJ. Numerous outputs enable the main mix and an additional cue mix to be separated prior to being sent to the PA or the main speakers. A separate output is also nice for every individual turntable. This makes the mixing far more convenient. It is important for every musician to know how many USB, Thunderbolt and Firewire connections are necessary. 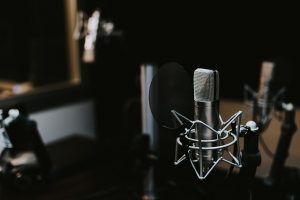 Understanding the technical terms when purchasing an audio interface is important to ensure the unit will meet the needs of the musician. Latency is when a delay is present between the actual sound and the playback heard through the speakers or headphones. This is incredibly distracting and can be diminished with a dedicated interface to the point where it is no longer noticeable. Zero Latency Monitoring is commonly referred to as Direct Monitoring. This is when sounds can be heard by flipping a switch on the audio interface. If a singer is recording their voice it will be heard in the headphones without any delay.

A driver is the software enabling communication between the audio interface and the computer. This will also virtually eliminate any latency. A pre-amp is a preamplifier for the microphone. This amplifies an extremely small microphone signal to a level suitable for recording. A good microphone recording requires an interface with a good pre-amp and a suitable input.

A microphone may require power for the polarization of the condenser microphone plates or to drive the active circuitry. If phantom power is necessary for the microphone an interface equipped with a phantom power switch is required. This is not an issue for a dynamic microphone.

A MIDI in and out is available on some audio interfaces. Most of the modern controllers for MIDI’s use a USB. The MIDI is only necessary if the controller is not compatible with the USB. 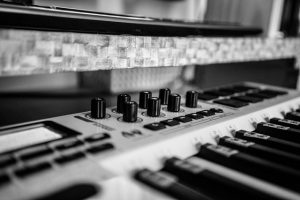 This is the number of times every second the sound is sampled. This is what creates a digital signal. When the sample rate is higher there is an increased range of frequency for recording and processing sounds. The standard is 44.1 kHz. This records sounds at approximately 22 kHz. Since the human ear cannot hear above 44.1 kHz this rate is generally sufficient. The higher rates elevate the filters to a level humans cannot hear. This will improve the quality of the recording for professional musicians.

When the inputs and outputs are unbalanced it can cause ground loop or interference. This can be virtually eliminated by using balanced cables and outputs. This prevents ground loop problems because the screen connection becomes separate from the signal path. These differences are critical for both one and two track recordings. If correctly connected even a budget interface will make a recording of fairly good quality. Every musician wants high-quality sound. The best way to achieve this is with an audio interface.